"You Got Me" by Jeannie Kendall & Carl Acuff Jr. 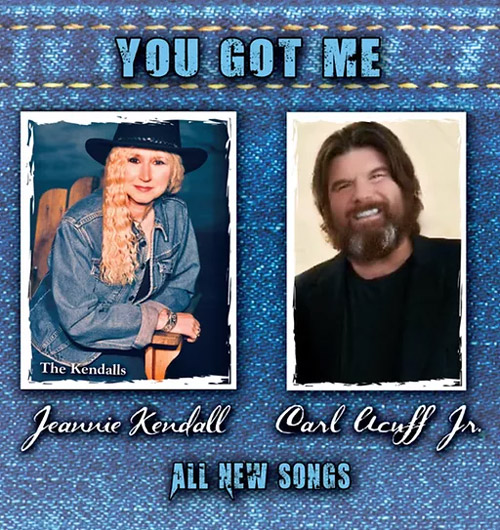 The History of The Kendalls began with Royce Kendall and Jeannie Kendall, a Father Daughter Singing Duo Sensation.They recorded their first album at Stop Records, and released a single in 1970 with a cover song written by John Denver, "Leaving On A Jet Plane."Their version barely missed the top 50 on U.S. Country Charts.
The Duo signed with Dot Records in 1972 and released an album and two singles, "Two Divided By Love" and "Everything I Own." They then signed with the Ovation Label in 1977. Their first single on Ovation was "Making Believe" and hit the Country Charts.
But it was The Kendalls 2nd single on Ovation called "Heaven's Just A Sin Away" that was their breakthrough. The song topped the charts and was a crossover hit, and won 1978 Grammy for Best Country Duo or Group. More hits followed with "Just Like Real People," "It Don't Feel Like Sinning To Me," "Sweet Desire," "You'd Make An Angel Want To Cheat," and "Put it off Until Tomorrow". The Duo then signed with Mercury Records and produced the hits "Teach Me To Cheat", "If You're Waiting On Me,", "Moving Train" and "Precious Love".
That was followed by "Thank God for The Radio" which went to #1.

Enjoy the Music of You Got Me in 3 Ways 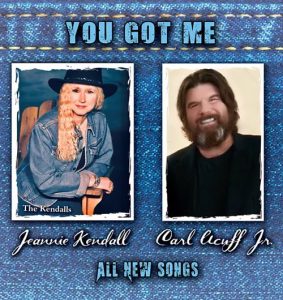 You Got Me CD

You Got Me Tracks