Music recording studios and music agents carry the torch when lit by people who have actually been in the business as musicians, performers, artists, and writers. Rune and Bonnie Trulove have been in the business for decades, offering artists and producers a trustworthy platform to launch and develop their musical careers. We invite you to explore this site to learn more about Leaping Hawk Records.

Leaping Hawk Records came from a promise Rune made to record songs written by his father John Trulove over 30 years ago. The name came from a song John wrote called  "The Kingdom," which describes the Kingdom of Heaven. When Rune & Bonnie discussed starting a business to continue the legacy of their fathers, who were both in the music business; they decided on Leaping Hawk Records & Publishing. 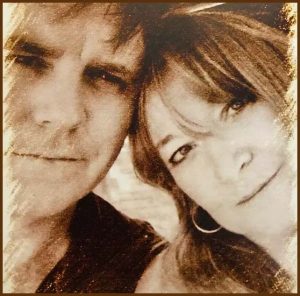 Rune is a musician, actor, singer and promoter. You may recognize him from his role as the guitar player in the 2004 film Chrystal, and a turn as a mountain man in Bald Knobber (2017). He grew up in the Ozark Hills, jamming on the mountain with some of the best bluegrass, rhythm and blues pickers in the world. Ready to spread his talents, his fiddling took him from coast to coast across the United States of America and to Europe before returning home to the Ozarks. He's appeared at the Dolly Parton Dixie Stampede in Branson, MO,   Dog Patch Jamboree Barn, and toured with The 6 Lbs of Music all over the USA.

His passionate music writing ideas come from his life experience, and from his heart. His management skills come from years of being a musician, and from his time in the U.S. Army Military Police Corps., as well as entertaining troops. Rune has a deep understanding of the world of country music.

Bonnie has family roots in Texas and Arkansas. She toured as part of a family band known as The 6 Lbs of Music, The Pound Family, and later, The Pound Sisters. They toured the US, and Bonnie's music is played internationally: Cowboy From The Rio Grande -  a Western swing tune written by Bonnie Pound Trulove and Linda Pound Hoehne while riding home from school on the bus - charted in Ukraine in the late 80's and 90's.The Pound Sisters single release of "Are You Lying, When You're Lying With Me" was voted the most requested waltz.

And she and Rune not only manage Leaping Hawk Records, they make beautiful music together. Their CD Mountain Kin, containing songs written by family members and friends, showcases their pure harmonies and stirring vocals.

They've been together for more more than 30 years, and bring their creativity, lifestyle and long history together to share their ideas and talents. Leaping Hawk Records and Publishing is part of Chalakee, LLC owned by Bonnie Trulove. 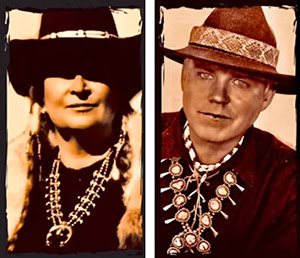 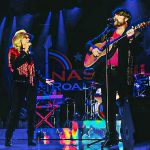 We are proud to announce the addition of one of the founding members of The Kendalls, Grammy Award winner Jeannie Kendall , and Carl Acuff, Jr.

Jeannie is world-renown for her music with her father, Royce Kendall. The two performed as the Kendalls for many years, amassing 22 top 40 singles, 11 top 10's  and three #1 hits. They won both Grammy and CMA awards as a duo. We offer a selection of CDs by the Kendalls, as well the the new CD, "You Got Me," where she is joined by Carl Acuff, Jr. You'll also find autographed photos of Jeannie in our shop - a must-have for her fans.

Carl Acuff, Jr. is an established entertainer, musician, and singer, performing for almost 3 decades all over the continental U.S. Carl plays a multitude of instruments, and has won awards and nominations including  Entertainer of The Year & Male Vocalist of The Year from the ORAE Awards Show. Several of his songs have been on the charts. Their CD is available now for purchase in hard copy and Digital Downloads.